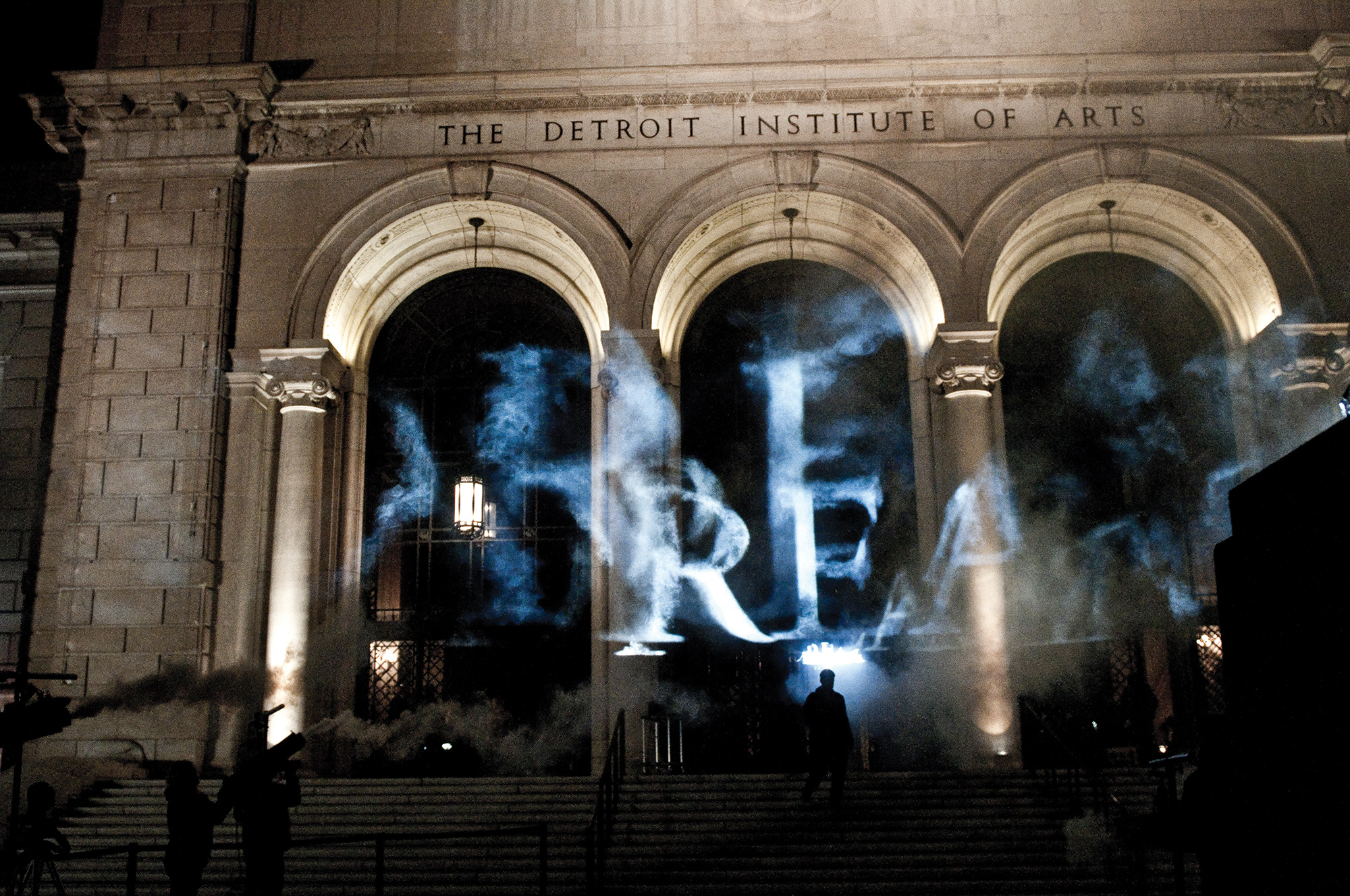 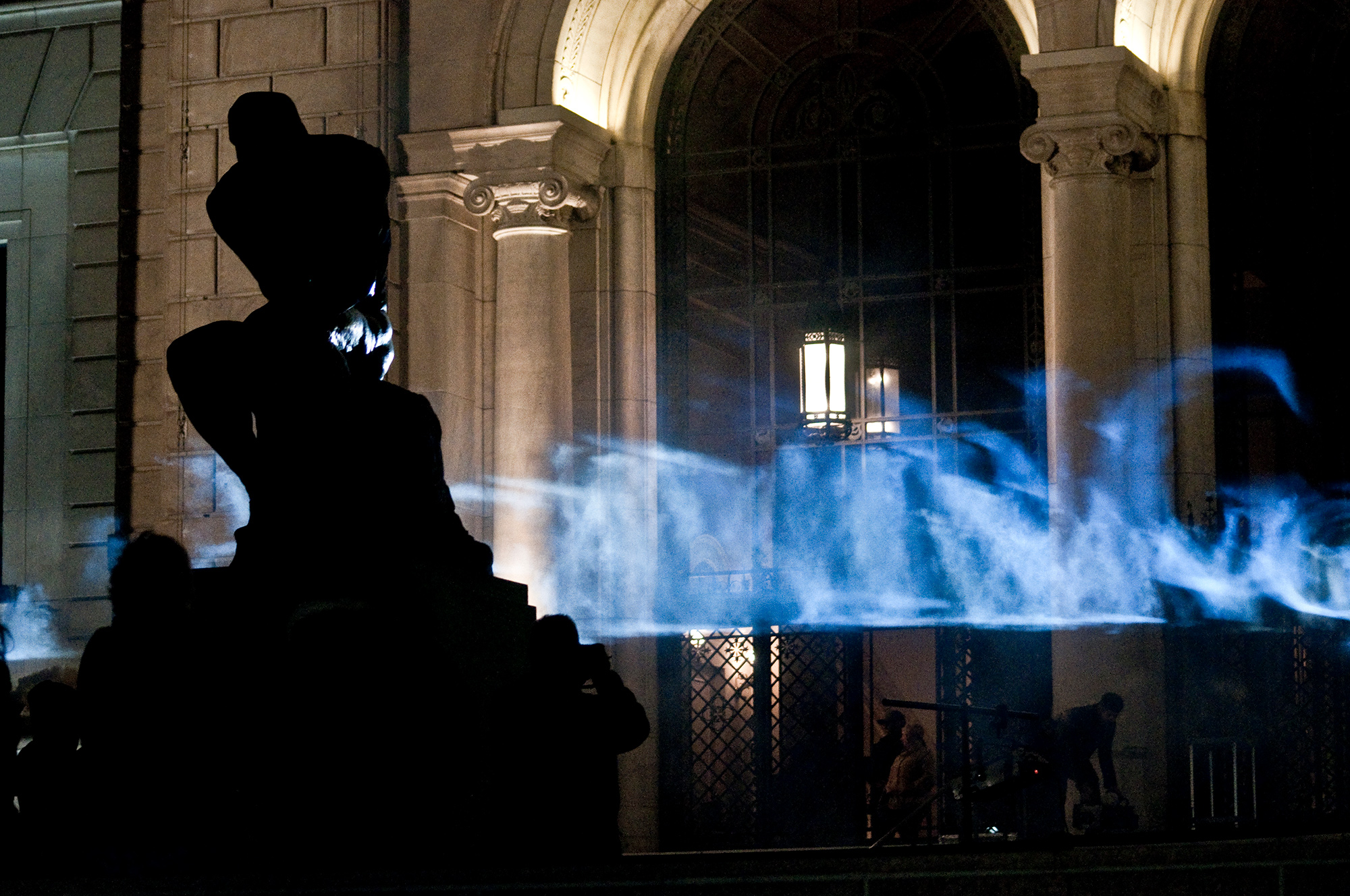 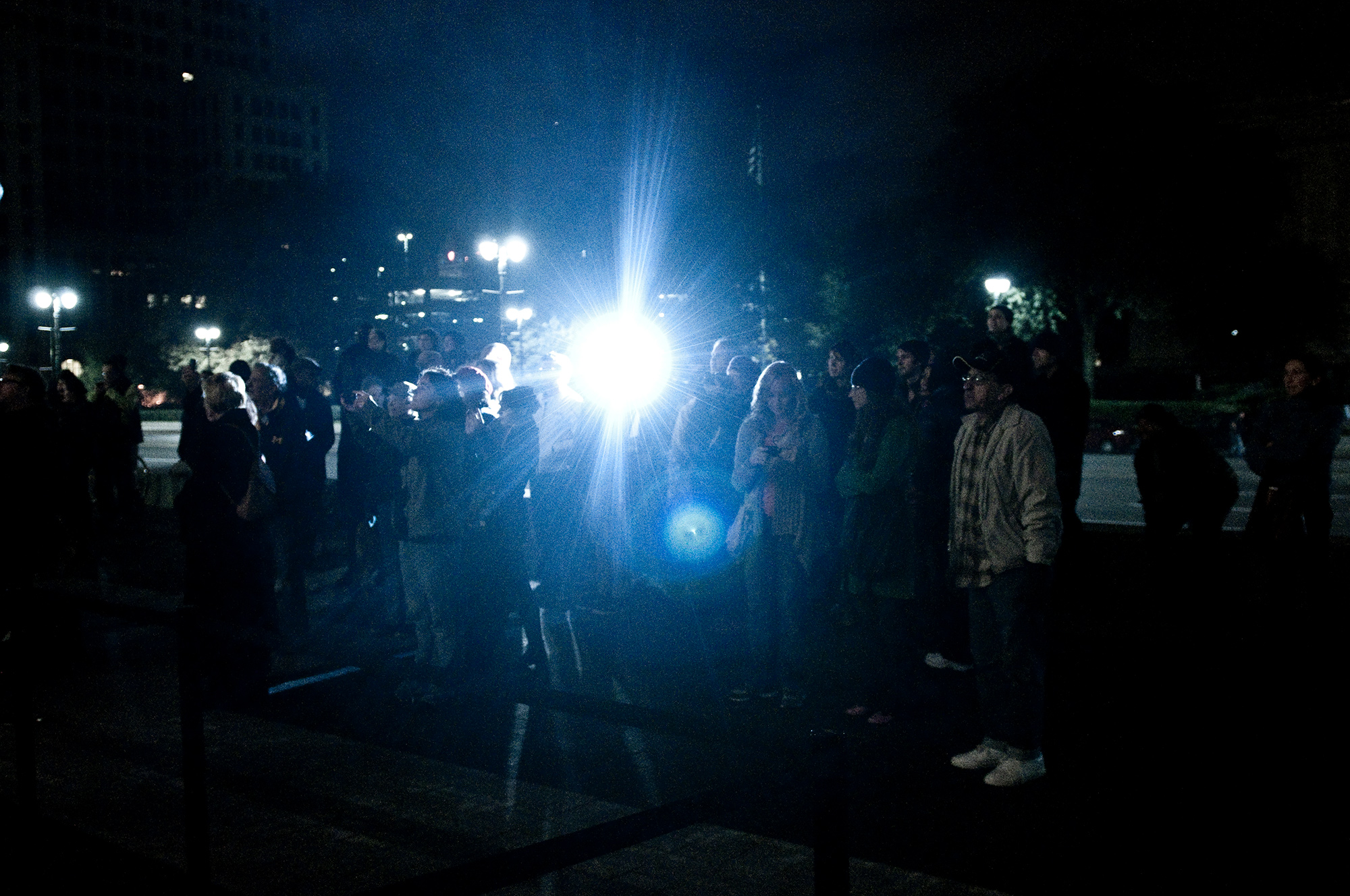 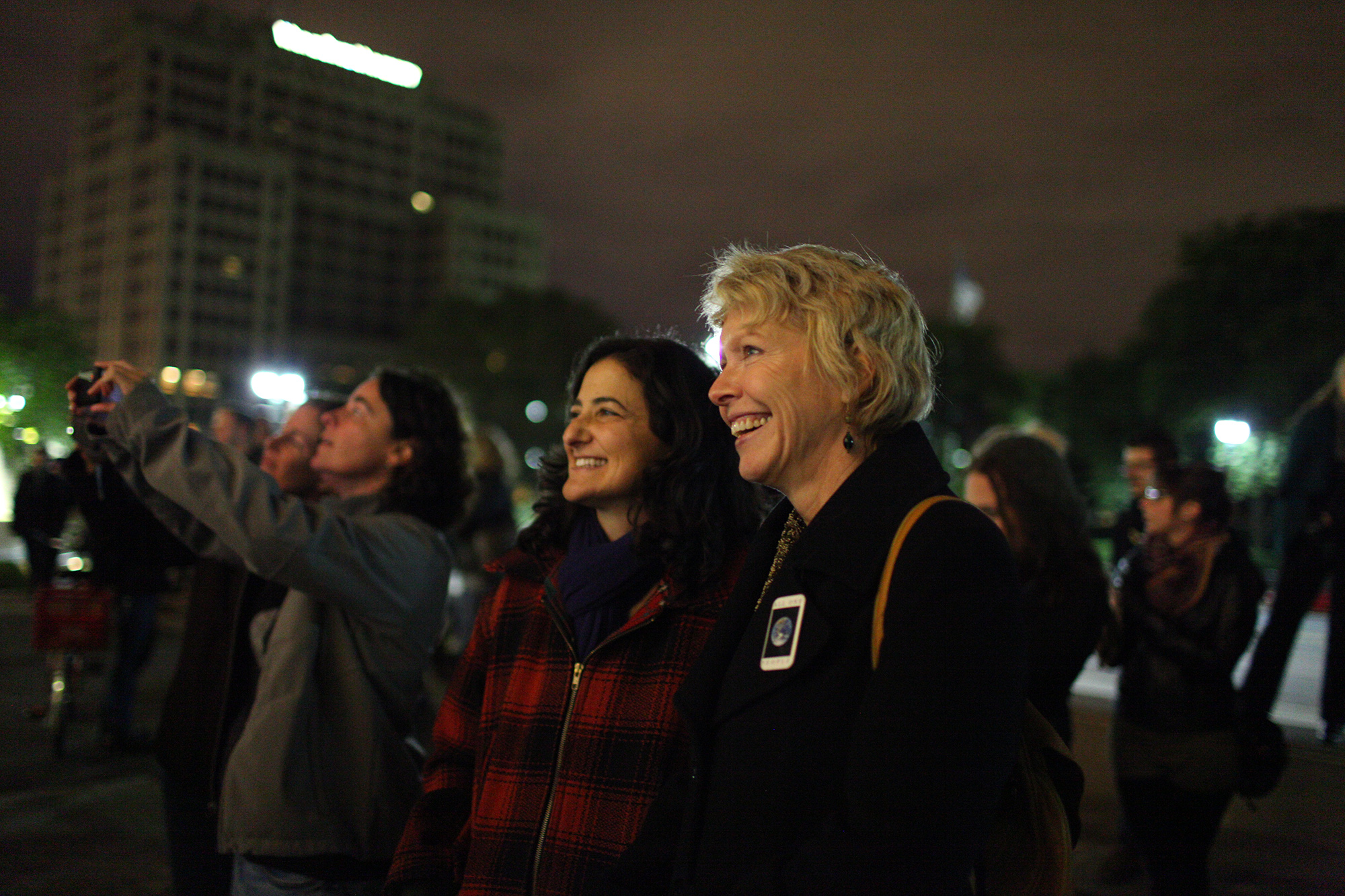 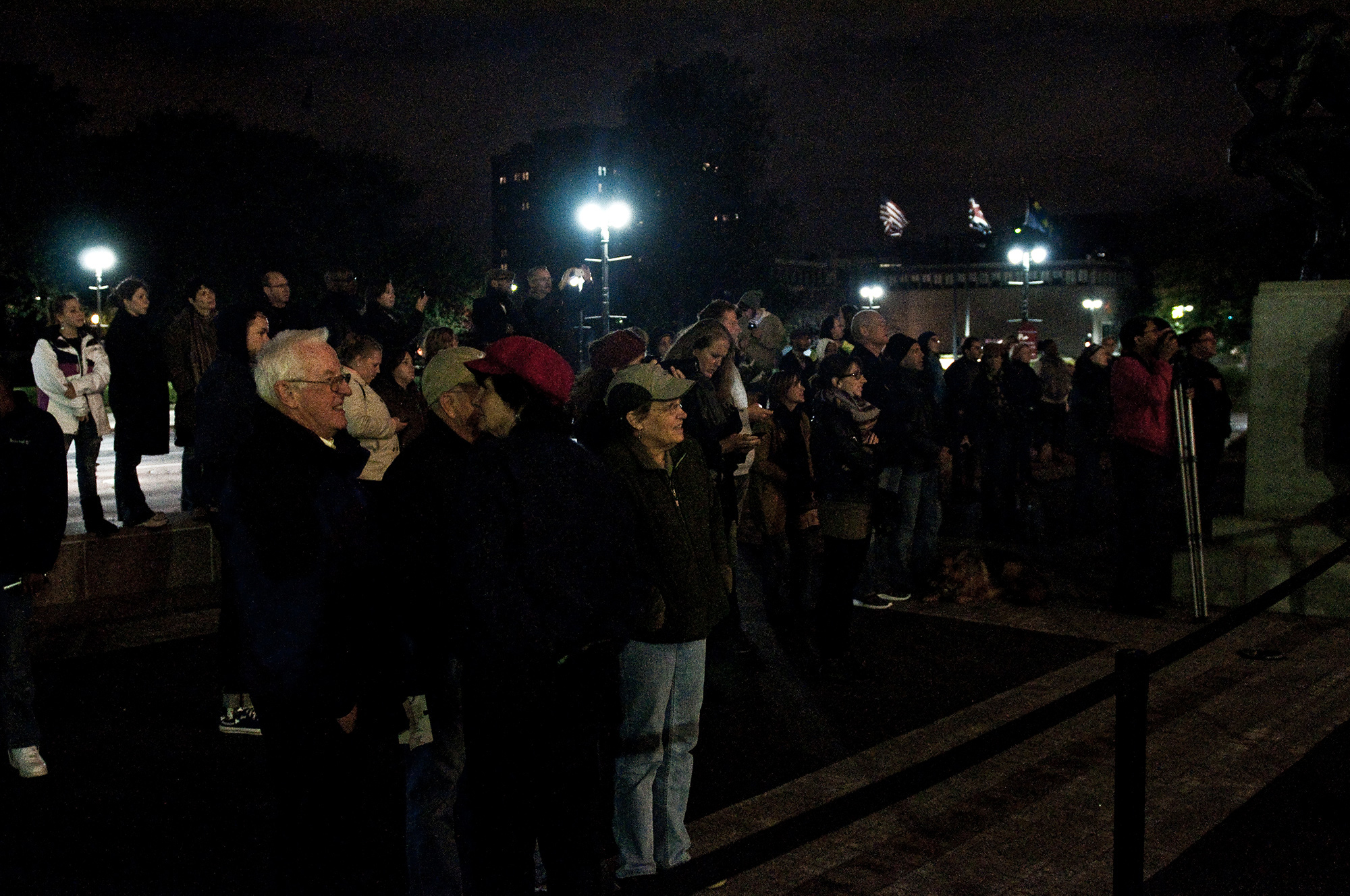 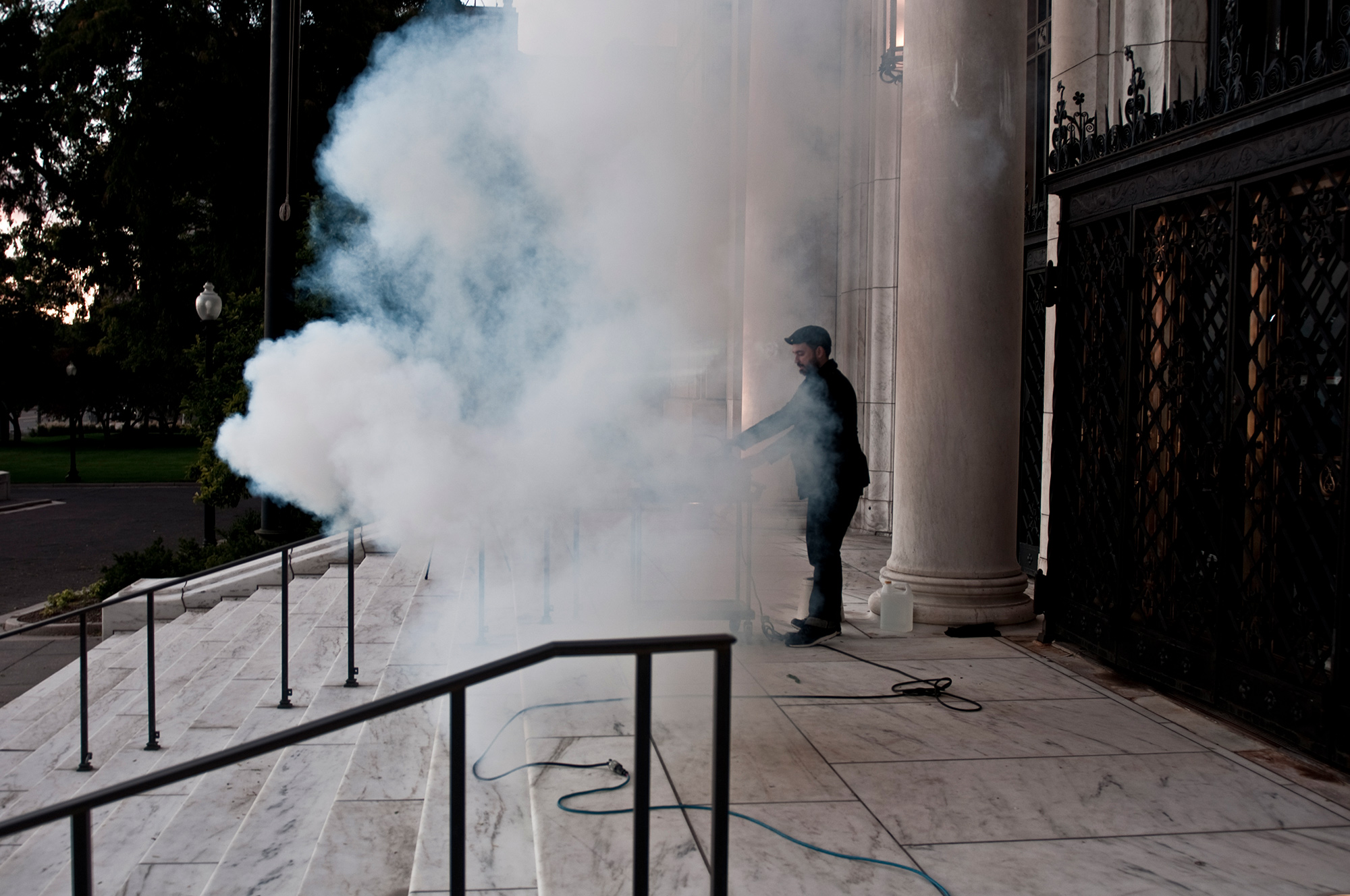 “We can communicate – that is, combine and reinforce our knowledge with that of other men – by stimulating the circulation of ideas and feelings, finding channels of communication that can interconnect our disciplines and enable us to see our world as a connective whole.”

Memory Cloud is based on the ancient practice of smoke signals – one of the oldest forms of visual communication fusing ancient and contemporary mediums. The project creates a dynamic hybrid space that communicates personal statements as part of an evolving text, animating the built environment through conversation. Interaction is facilitated through messaging allowing for an open, personal, and accessible medium for collective participation. Through this conversational form of interaction, public space transforms into a dynamic stage of observation and experience. In October of 2011, the Detroit Institute of Art was home to the first American performance of Memory Cloud. The project gave the people of Detroit an opportunity to engage in a dialogue with the city. This interactive space animated the DIA Woodward Entrance with stories collected from the public. Each individual expression is part of a continuous story about the city, a narrative written by participants over the duration of the project transforming the steps of the DIA into a dynamic space for communication.

Messages communicated through Memory Cloud are continually reformed as the space of projection is grafted onto atmospheres of shape-shifting volumes of fog.  The main conceptual driver was to animate the built environment through conversation and through this attempt design an intervention that was executed with the most minimal of means. The project in its durational form existed as long as the conversation and contributions were active. The shared and collective nature of the communication constructed an evolving and complex set of relationships, which enabled sustained novelty and crowd-based co-operative interaction. Memory Cloud Detroit demonstrated the power of this model of interaction to enact change through its ability to bring communities together and use the city as a medium of communication. The impact of this ephemeral work that was performed over three days resonated with the community that it served as the basis of a city initiative in the form of a light biennale named DLECTRICITY that continues till today to explore the city as a canvas for collective expression.

Senior Curator of the Design and Industrial Prospective at the Centre Pompidou in Paris and former Director of FRAC Centre in Orleans, Marie-Ange Brayer describes in her article Minimaforms: Architectural Disseminations into the Atmosphere, how the concept of atmosphere and information in Memory Cloud offers new insight on the challenges of the digital revolution. She states that “Today, the concept of atmosphere includes a physically controlled environment or an ‘informational territory’ (Andrea Branzi). If architectural projects tend to disintegrate into electromagnetic fields or in the physicality of climates, they echo an attempt to articulate the physical and the cognitive, to deterritorialise the project, to give it an emergent, processual dimension. Minimaforms’ Memory Cloud precisely breathes an atmospheric dimension into architecture while endowing it with shifting anthropic contours. It makes use of the entropic aspect of the atmosphere, which enhances the sensorial and cognitive experience. The installation is a constantly crystallising and dissolving cloud of information. Information becomes energy, which in turn becomes information again. Memory Cloud is a kind of living, pulsating organism. The atmosphere allows for a form of transitory inhabitability. In Memory Cloud, the layers of memory are atomised and transformed into material energies. This transformational dimension opens up a new collective, indeterminate space in constant re-creation. By taking into account the passage from utopia to atopia, Memory Cloud abandons space in its Kantian form and enables another form of subjective reappropriation to emerge.”

Fast Company, United States of Innovation: What Detroit Will Look Like in the Future, According to Residents' Text Messages
Knight Foundation, Through the Fog: Minimaforms Redesigns Communication
Curbed Detroit, The Memory Cloud: Texts From Last Night Are Smoking
Bad at Sports, Communicating With the City Itself: Minimaforms brings "Memory Cloud" to Detroit. 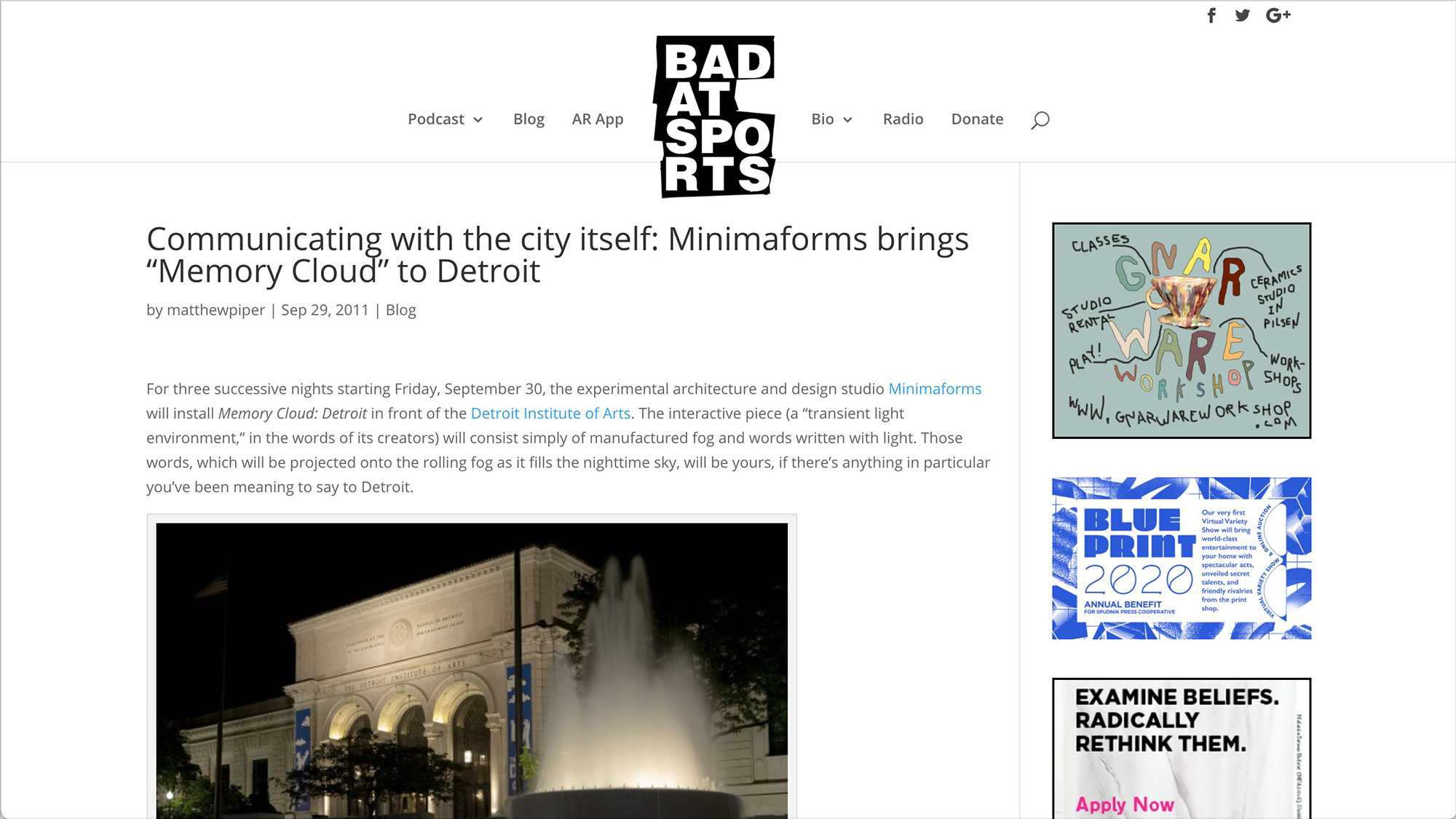 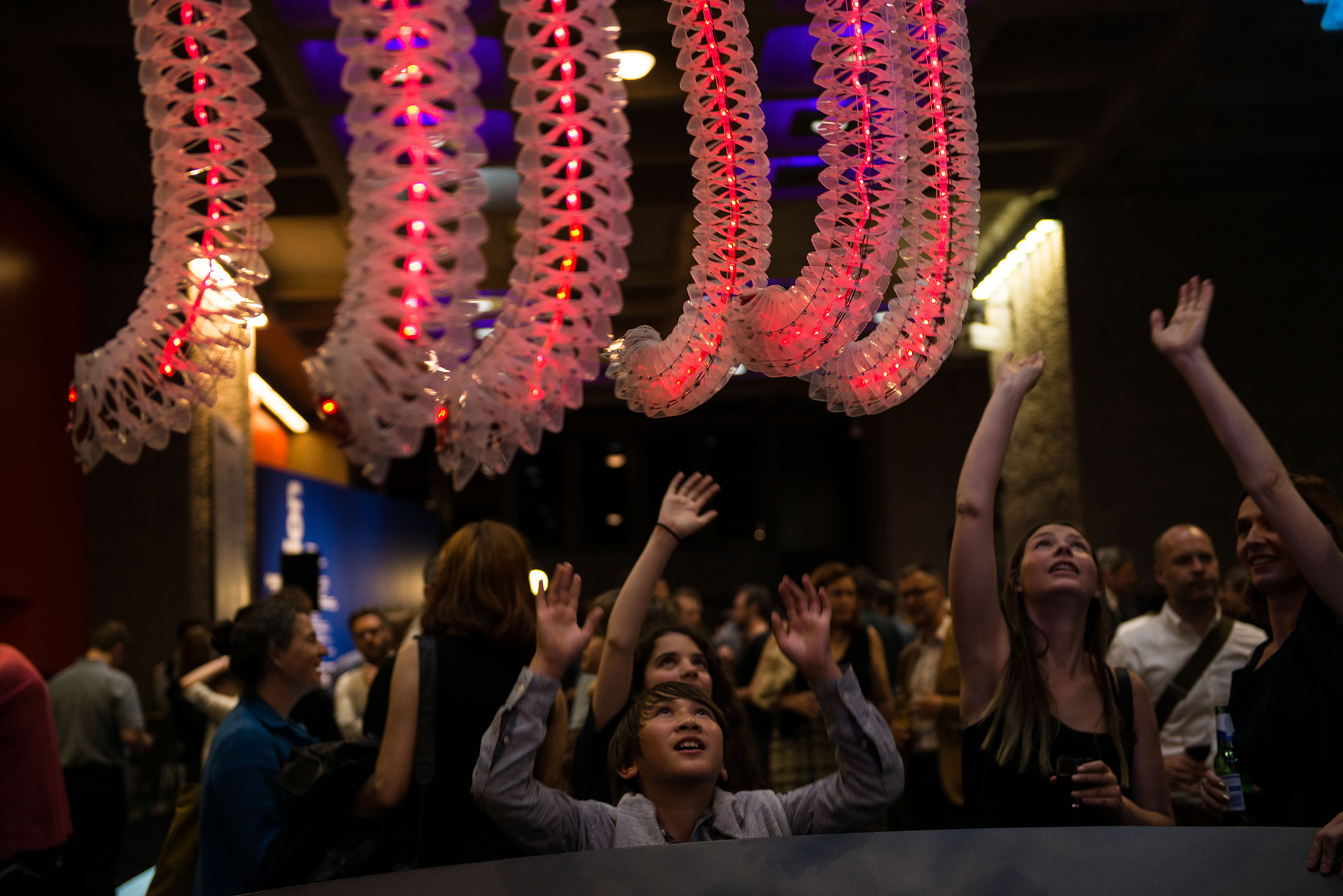 Of and In the WorldRobotic Sculpture 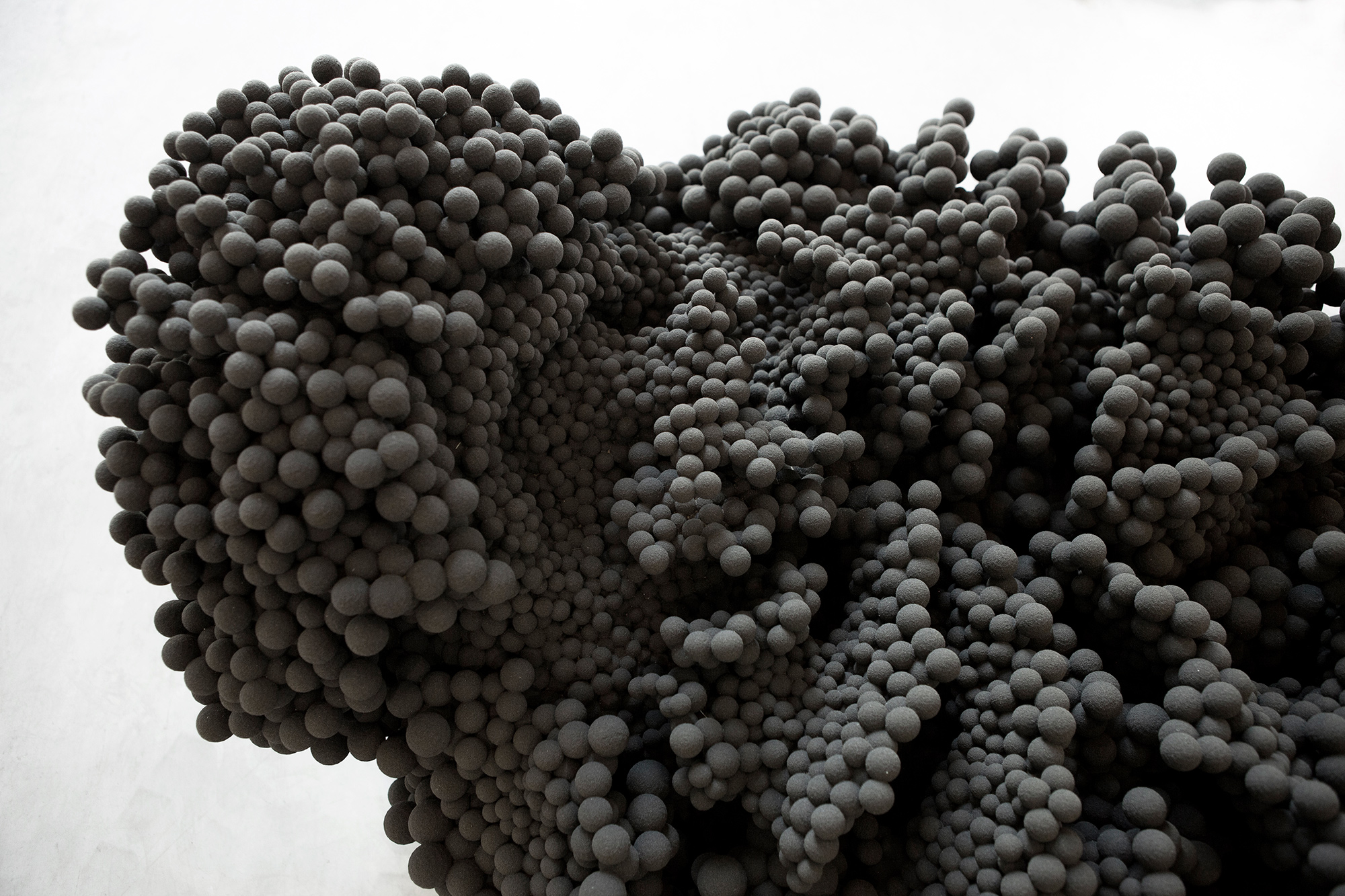 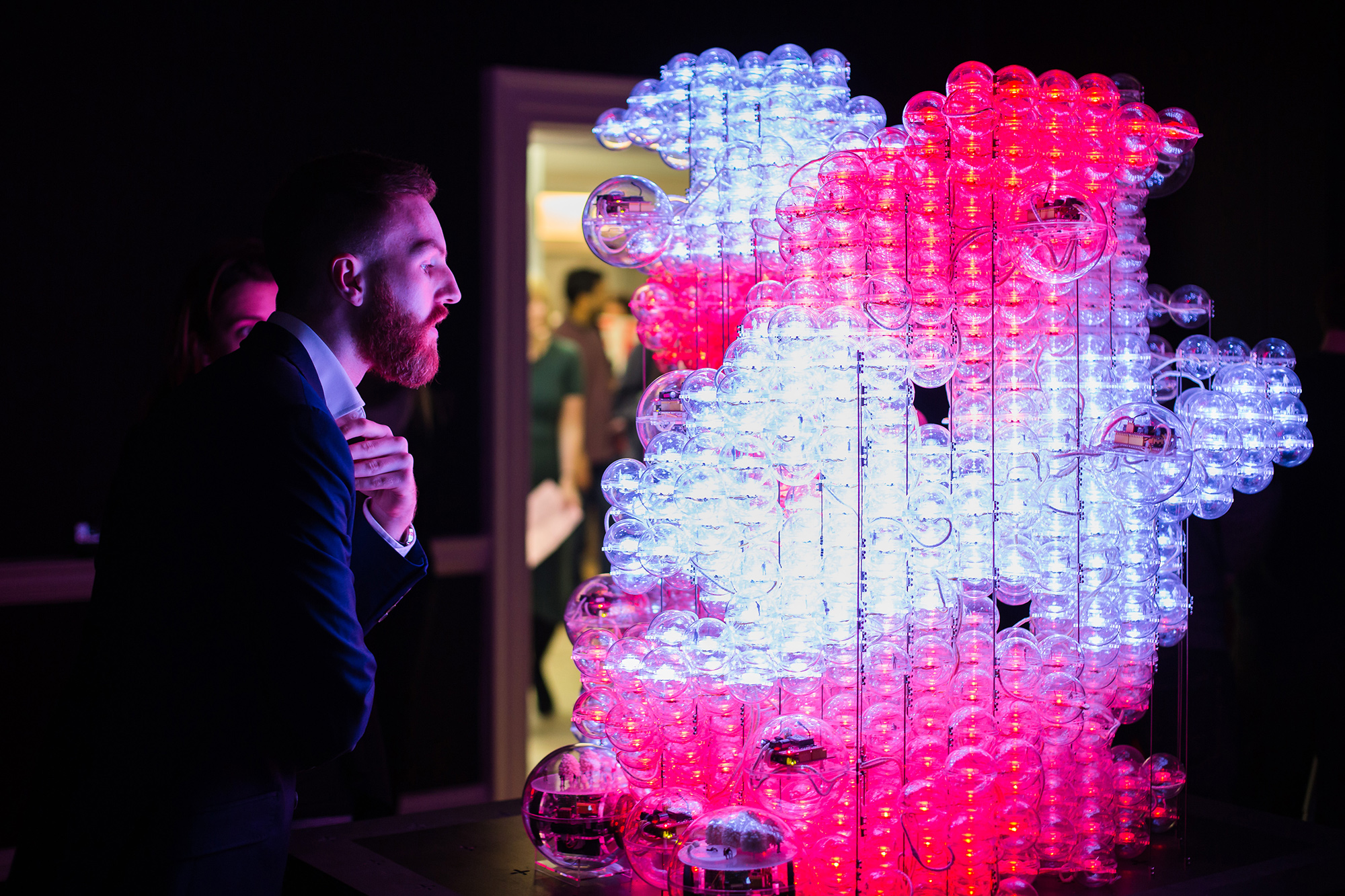 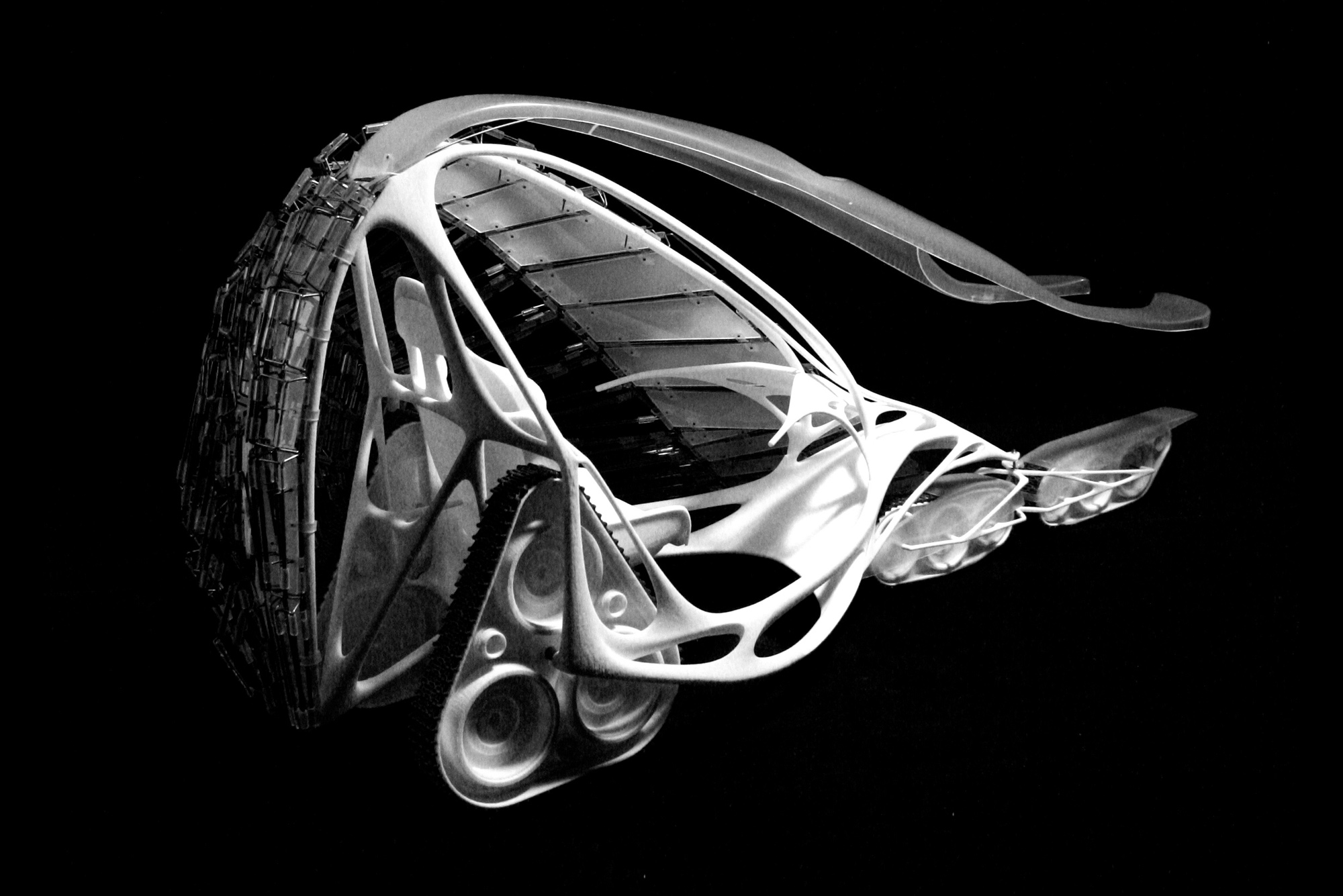 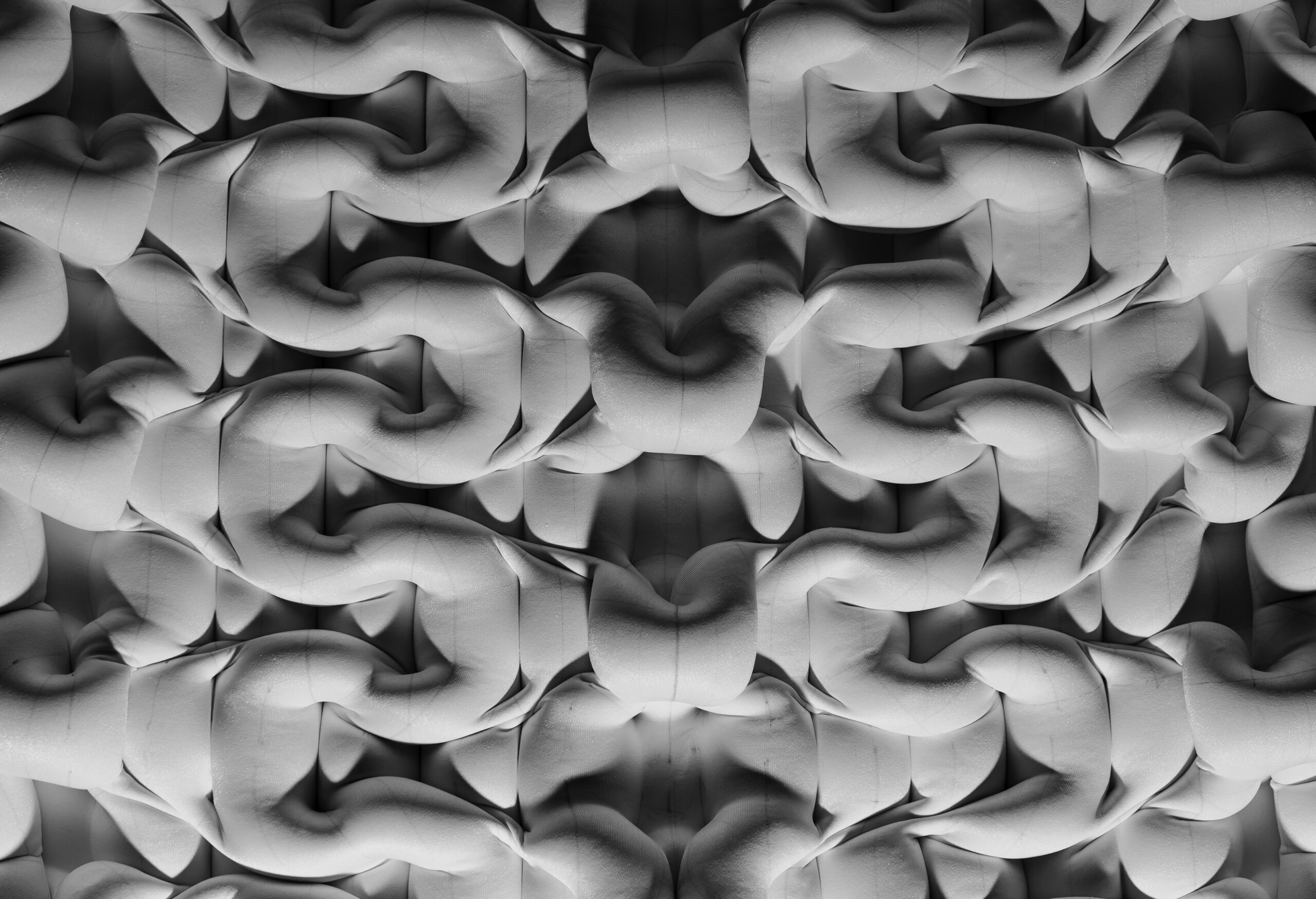